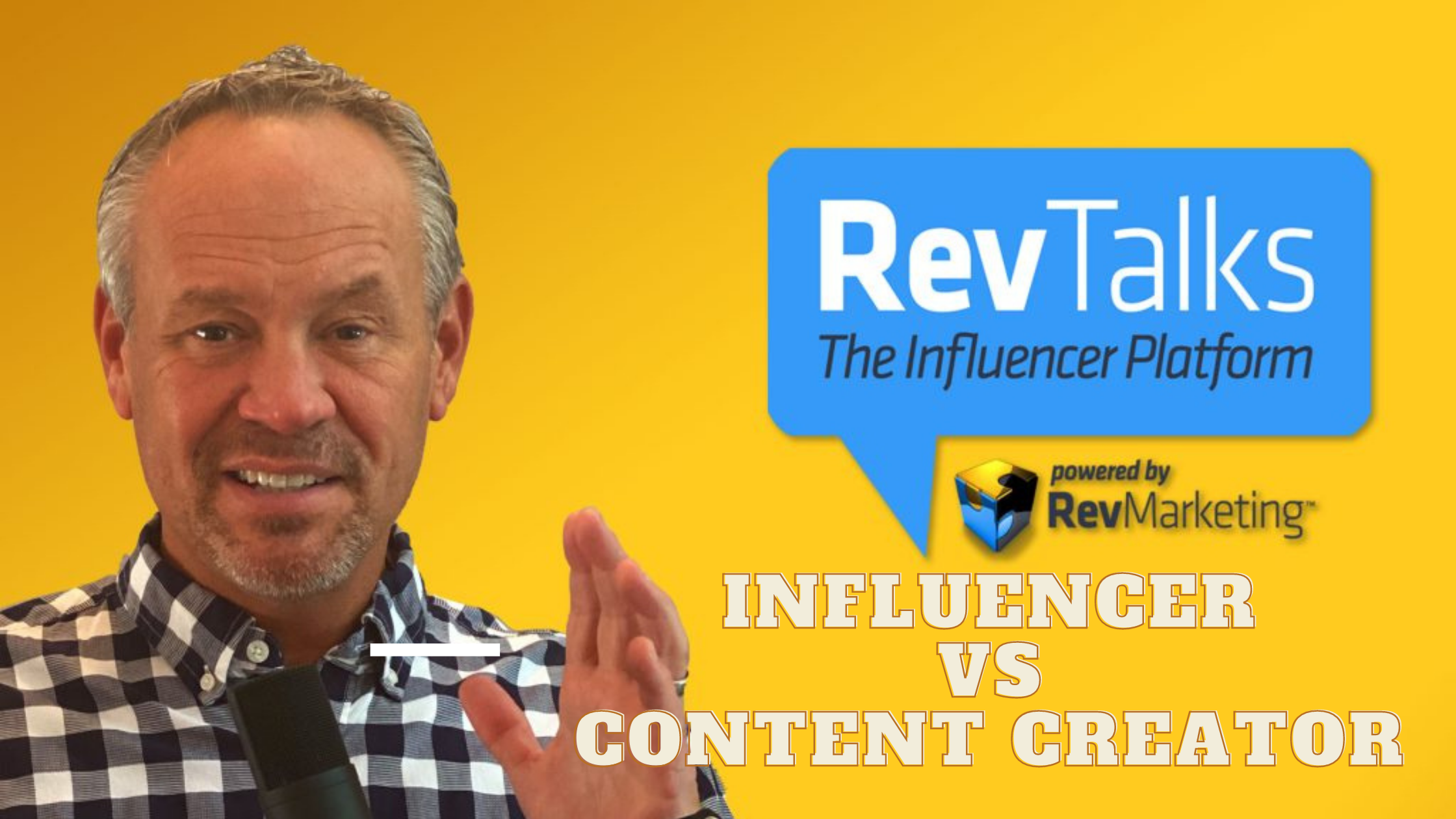 Hey. Welcome, everyone, this is Tracy Thomas and Greg Moody. We’re here with Rev Talks. And we’re going to be going over a couple topics today about influencers and content creators and what the difference is. And I’ll do a little screen sharing here a little bit with everybody. And we’ll see if everybody’s enjoying the content we have today. So let me go ahead and screen share.

Yeah, Tracy, I think this is really important for everybody to understand. I think everybody’s hearing the idea of having content on the internet. Bill Gates coined the term, Content Is King. And what that means versus being an influencer on the internet, and I think there’s a lot of noise out there, as there is always when it comes to internet and online marketing, and what’s going on, and so much information that it’s hard for business owners and people that are trying to get their customers to listen to them and potential customers to listen to them to know what to do that’s right. And that’s, I think, what we do a really nice job of, and I’ve always admired what you do in terms of getting the message out in a clear way so people know exactly what they should be doing and spending their effort, time and money on to get things… To do the right thing. And being an influencer is really important in a business, but understanding how content creation fits with that is critical.

Yeah, again, valuable points there, for sure. I think, Greg, some of the topics we always talk is people… They want to create the content. In their mind, they want to create the content. Whether it’s writing a blog, but then they’re not a writer or whether it’s taking some photos, they might be good at photos. But sometimes it’s just hard to get to that… Creating the content or to map out what that content is. We have a blueprint that we offer everyone, that’s also free. You guys are welcome to… Somewhere in… Throughout this podcast, you’ll see some different links here. You guys can go ahead and schedule a time to meet with us, and we can talk to you guys about that. But basically, an influencer… What really is an influencer? Someone that’s knowing… They know their connection is so valuable to their audience and you can use to them as an influencer to help your business grow. So a lot of business owners like… Greg, you and I have been influencers in there.

We’ve been influencers many, many, many years, back when we were personally running our martial arts school within our community. If we asked for something to be done, whether it was a public school, private school, whoever it was, people wanted us to be around because we were an influencer because we drew traffic to their venue. And I think that right now, for whether it’s a martial arts school, whether it’s a doctor, a law office, whatever it is, you guys can become an influencer. There’s a couple ways we’ll talk about that a little bit. We kind of want to make sure everybody understands what the difference is. And the content creator… And every influencer is not a content creator. Greg and I both been creating content… I don’t know, how many years, Greg? It has been in… Years and years. We’ve been creating content forever. I don’t care if it’s emails. I don’t care if it’s blogs. We’ve just been creating content left and right.

Well, I think even pre-internet. Pre internet becoming big, we’ve been in business before that.

My son is in college and he was talking about his professor, talking about the guy who is the best battery salesman in the world. Well, he was so good that people started coming to him to learn about batteries. I didn’t mention this to you before, Tracy, but he, This guy was the best battery salesman for commercial batteries. But people would come to talk to him about other different types of products around their manufacturing plan. He didn’t sell anything about those types of things, but he was so good at. He had such a good influencer about that particular product that he was in a niche for that people that were also going to buy his product would talk to him about other things. So he became an influencer. And this had nothing to do with the internet. So this is not really a new thing. It’s a really fundamental thing, creating content, and that is related to becoming an influencer and becoming an expert.

Yeah. And like I said, it’s been around forever.

Or “I don’t feel confident about making videos” or “I don’t.” We hear that all the time, and we can help you with all that but what we then have people do or I hear this story about, “Well, yeah. But I’m spending money on Facebook” or “I’m spending money on other types of marketing. Spending money on things.” Well, when you spend money on all that stuff, but you haven’t done this fundamental stuff right. Creating content and becoming an influencer, then you’re spending a lot more money than you need to. If you stop spending that money, all of your marketing goes away, all the work that you’ve done to build your business goes away. I think you said, it’s like putting your marketing on steroids.

You’re putting all kinds of money into spending money to get traffic, rather than actually fundamentally being the authority and being the one that has a lot of information out on the internet. Tons of our clients, we help a lot of our clients do all kinds of online marketing in all kinds of areas, including Facebook and AdWords and all kinds of different areas, we definitely support doing that. But we want to make sure that you’re fundamentally… Have the good fundamentals that you should have in terms of creating content and being an influencer first. That usually should come before spending a lot of other money on other things.

To hear or see more of this podcast click here.

How Can We Help?

Everyone Is A Winner!

For more information please see the Terms Of Service here.

Try Your Luck!
Never
Remind later
No thanks