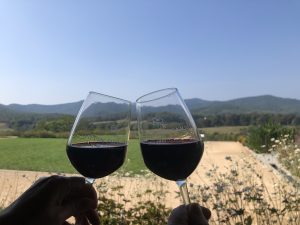 Wine making in Portugal dates as far back as the 2000 BC, when vines were planted in the country’s Tagus and Sado valleys by the Tartessians. In the 10th century BC, the Phoenician settlers in Portugal started cultivating different varieties of wine for different flavors. Around that time, winemaking was made prominent in Portugal by ancient civilizations like the Greeks, Carthaginians and Phoenicians. But it was the Romans who nurtured the wine culture of the Portuguese.

The Portuguese wine market remained a domestic one for a long time, and wine making was limited only to the southern coastal regions in the country. It was only after the Christians came and drove out the moors and the Visigoths that the trade of wine between Portugal and other European countries began.

Today, Portuguese Wine has a distinct personality of its own and is among the favorite varieties of wine enjoyed by millions around the world.

Portugal’s relationship with England back in the 12th century helped in the development and success of its winemaking industry. Portugal first exported its wines, made from native Portuguese grapes, to England, thanks to the diplomatic relationship between the nations and the Treaty of Windsor that enabled friendly trade between them. The political ties between the countries were also a reason why Portuguese wine was treated favorably over French wine, and was priced lesser than wines from other regions. Port, thereby became more popular in Britain, and boundaries were set for making of port to maintain its authenticity. The monopolistic policies prevented the Portuguese from importing wines from other countries for a long time.

The Portuguese government, under the first Marquis of Pombal Sebastião José de Carvalho, created the protected designation of origin in 1756 which regulated and set boundaries for making port from the Douro region. Following this, Portuguese wine was popular as port and was made available around the world.

Port Around The World

The demand for Port soon waned in Britain, so the Portuguese turned their attention to other markets in South America and the Portugal colonies in West Africa. Port from the Douro region did very well in Rio de Janeiro, in Brazil, mostly because the market was exclusively under the control of winemakers from the region. Other winemakers from Portugal suffered in these markets, while Douro wine was sold at five times the price it was offered in the British markets.

Political Instability and Rise of Cooperatives

The political instability during the reign of dictator António de Oliveira Salazar, which lasted over 40 years, the Junta Nacional do Vinhos (JNV) was formed. The JNV reformed and revamped the Portuguese wine industry and encouraged establishment of co-operatives of wine producers. The rise of co-operatives brought some discipline and stability to the wine industry in Portugal, but it did take away their creativity and also the concept of free enterprise in the market.

The cooperative’s rise to power had a negative affect too, as the quality and hygiene standards were not maintained by some cooperatives in the country. This created a negative impression on the Portuguese wine industry as a whole.

Amidst all the negativity surrounding the wine industry in Portugal, the only bright spot was in the form of the slightly sweet wine that was produced from the sparkling roses of Portugal. This mass-produced Portuguese wine became an international hit in no time. After the World War II, this variety of Portuguese wine was made available in supermarkets across Britain and soon, this sparking, rose-flavored wine, besides port, was being associated with Portuguese wine.

Today, Portuguese wine is associated with more than just port or the British colonial drink called Madeira. During the late 20t century, wines from Portuguese regions of Vinho Verde, Dao and Alentejo also became popular and are now appreciated and enjoyed by many around the world.

Helping connect communities and business owners to the wine industry.

All We Do Is Wine